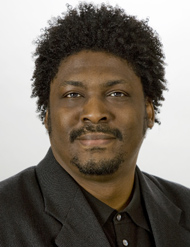 George Norfleet is the director of Connecticut’s Department of Economic and Community Development’s Office of Film, Television and Digital Media. He began his professional career in advertising before segueing into commercial and then feature film production. Along with his extensive management and feature film production experience, George is also a published writer having written articles on both the film and music industries. As the film office director, George oversees all of the office's programs and operations and focuses the Department's resources on marketing Connecticut as a destination for film, television, entertainment, and digital media companies to conduct production operations or to establish an address in the state from which to do business.