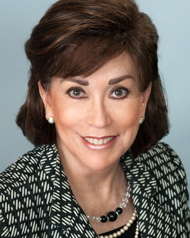 Bedford created The Bedford Group in 1986 when the appeal of entrepreneurship led her to open a consultancy specializing in marketing management. From the start, Bedford imbued the company with a client-centric vision that focused on strategic marketing; assisting corporations in building revenues profitably through smarter relationships with their agency partners and improving marketing organizational design to optimize that result.

With a combination of marketing savvy and strategic disciplines, Bedford has created practice areas within The Bedford Group that have solved some of Fortune 250’s thorniest marketing problems. Her reputation for clear thinking and benchmarking techniques has also helped her formulate a variety of relationships in categories from packaged goods to financial services to industrial products.

Bedford spent the first part of her career working in senior management positions for prominent advertising agencies in New York and Atlanta. During this period, Bedford’s role in account management was to oversee large account groups, complex client relationships, strategic marketing, and new business acquisition and contract negotiation. A well-respected advertising veteran, Bedford has been recognized within the industry as the person "a client would most want on their business" and was named the American Advertising Federation’s President of the Year during her tenure.

Bedford is a member of the Atlanta Ad Club, New York Ad Club and American Marketing Association (AMA) and a frequent speaker at those and other trade events.  She sits on numerous charity boards as well as serving in an advisory capacity for Auburn University’s College of Liberal Arts from which she holds two degrees.  She is also an alumna of New York University. When she is not playing with her rescue dog, Bedford can be found skippering her sailboat, Nirvana.