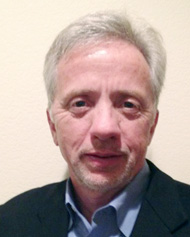 Scott Whitmore was the Vice President of Marketing for JELD-WEN inc., from 2002 through 2012. JELD-WEN is a multi-billion dollar global privately held company with manufacturing operations in 20 countries, the core business being the manufacture of windows and doors for light commercial and residential applications.

Prior to Scott’s arrival, JELD-WEN did not market any of their products under the parent company name. He led the consolidation of the dozens of separately branded product lines under the JELD-WEN name. JELD-WEN became title sponsor (2003-2010) of the JELD-WEN Tradition, one of the five majors on the Champions Tour and was one of the three Proud Partners for THE PLAYERS, on the PGA Tour at TPC Sawgrass (2006-2011). JELD-WEN was also a lead sponsor of HGTV’s Dream Home.

Prior to JELD-WEN, Scott worked for GE Appliances for 8 years and Transamerica for 6 years in a variety of sales and marketing leadership positions. Scott has his M.B.A. in Marketing and Finance from the University of Washington (Seattle) and his B.A. in Psychology and Anthropology from the State University of New York, College at Oswego.

Scott and his wife live in Oregon and have two children, a daughter who is a college junior in Vermont and a son who is working in Washington, D.C.