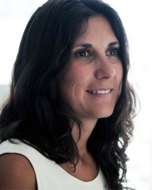 Meritxell Guitart was co-founder, former president and CEO of the Americas division of Hogarth Worldwide, a subsidiary of WPP, the world's largest communications services corporation. Meritxell is a thought leader in the rapidly growing and highly dynamic field of integrated production and content services.  Pioneered transcreation as a strategic resource; led transformation of creative production from fragmented, boutique, multi-regional services into centralized, technology-enabled, global business to service major global brands such as Johnson and Johnson, Nestlé or Pfizer. Meritxell is actively involved in setting the standard for the industry and has been a keynote speaker and panelist and leading industry events such as the ANA, GALA and IMI. In addition to that Meritxell has taught on the topic of transcreation at Universitat Autònoma de Barcelona, Westminster University, CASS business School and the University of Aahrus. She received a Bachelor degree in Translation and Interpreting from FTI in Barcelona in 2001. She also followed the DESS in Conference interpreting from ESIT, at Sorbonne in  Paris in 2002. Originally from Figueres, has lived in Milan, Paris, Skövde, London and NYC.