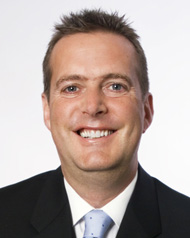 As General Manager, Enterprise Marketing and business development Services, his role is to lead Deluxe’s growth with companies within the advertising, media and entertainment industry, allowing clients to achieve maximum creativity and efficiency through Deluxe’s unique end to end solution which delivers streamlined services to clients across the areas of artistry and technology.

Andrew has over 25 years’ experience in advertising media and entertainment from companies like WPP, Omnicom and Disney and has been a client, account leader and agency manager dealing with some of the world’s leading advertisers, agencies and content companies.

He began his career in publishing before entering the advertising business as a television buyer in the late 1980s. Quickly rising to a lead position at DMB&B's U.K. operation, he oversaw top accounts including Twentieth Century Fox, Burger King and Procter & Gamble.

In the early 1990s, he joined Disney’s motion picture group to manage advertising and media where he worked on successful campaigns for blockbusters like The Lion King, Toy Story and Armageddon. He oversaw spending on advertising on International releases and worked closely with other divisions to maximize synergies from their entertainment properties.

Moving back to the agency world in 1999 as the pace and scale of consolidation marketing consolidation increased, Andrew came to the U.S. in to be part of the Y&R group and was part of the team that built what became the successful and widely recognized operation Mediaedge. In 2001 when WPP acquired Y&R, Mediaedge was put together with Mindshare in the first group structure within WPP which became GroupM. Over the next decade he worked with MEC and at GroupM to grow the business and profits through the leveraging of the advertising assets, investments in tools and the consolidation of buying in some areas. His role was to view this from the client side of the business and he forged some of the high level relationships with global clients like Citibank, Chanel, DHL, Macys, AT&T, and Sony Ericsson. He was the lead new business generator and bought together clients to expand the offerings in digital, television and client management.

In 2010 he was recruited by Omnicom to manage Ph.D and be part of the Omnicom Media Group. Omnicom and during his tenure Ph.D grew dramatically winning 20 new client assignments including the GSK and GAP media business.

Although born in Britain, Andrew is an American citizen and has served on the board of the 4A's and as the Chairman of the New York Chapter of the International Advertising Association.