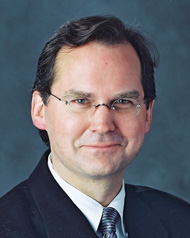 Rick's role at WPP is to assist the WPP operating units with global clients that are shared between WPP Group companies.  Since 1992, he has focused almost entirely on global clients and WPP’s “Team” strategy to restructure both client and agency operations around the world.

Rick joined WPP in 2004 after spending 4 years at Foote Cone and Belding, where he was General Manager of their New York office.

Rick worked for more than 15 years at Ogilvy in a multitude of locations, including Toronto, Rochester, London, Paris, and in New York.  In the late ’90s he spent five years bedding down the IBM account from a global perspective.  Rick has done similar work for other clients, including American Express, BAT, Bayer, Dell, Ford, J&J, HP, Kodak, Kraft, Microsoft, Nestle, Pfizer, Qwest, SAP, Shell, Unilever and a handful of others.

Rick’s involvement ranges from operations, technology and process, financial management, and a touch of client service.  Whether it’s a start up or a turnaround, Rick is usually the guy that either puts it all together or pulls it all apart.

Rick started as a controller on the direct marketing side of the business and has been active in the early years of database marketing and interactive.  Rick hails from Canada where he graduated with a Chemical Engineering degree from Queen’s University.  (Several years later he is still trying to figure out the relationship between engineering and advertising.)  He has worked outside of Canada for the past 20 years, with over 5 years spent in Europe.