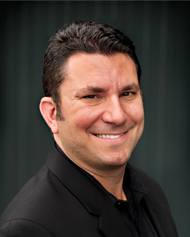 Greg had previously worked at Optimedia International since 2007, most recently serving as EVP, Business Development Director.  He managed the agency’s business development, social media, research and marketing programs. His clients included BBC America, Disney, L’Oreal, Pizza Hut and T-Mobile. During his tenure, the agency was named No. 1 by RECMA in the new business results and client retention category. Prior to Optimedia, Kahn was Vice President, Research and Strategy at PHD, an Omnicom Company. Previously, he served as President of filmBUZZ. He began his career with various marketing positions at Youthstream Media/Alloy Inc. and Viacom Inc./Showtime Networks.

In 2010, Greg was selected as an Advertising Age Media Maven as well as a Mediaweek All-Star. He is a regular speaker at numerous industry events including American Association of Advertising Agencies (4A’s) conferences, South by Southwest (SXSW) and Digital Hollywood. He currently serves as Vice Chair of the Marketing and Communications committee of UJA-Federation of New York.

Greg earned his M.B.A. from the UCLA Anderson School of Management, and his Bachelor’s degree from the University of Pennsylvania. He lives in the Princeton area with his wife and two children.