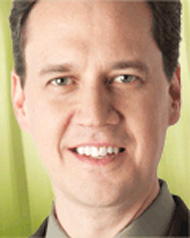 James serves CMOs. He is the foremost analyst tracking and defining the power and impact of digital disruption on traditional businesses. His consumer models identify the ways consumers have embraced digital experiences and platforms, and his strategy models help companies prepare to serve those consumers. Though he applies this knowledge to a wide variety of industries, he spends the majority of his consulting time with consumer media and consumer electronics companies that are at the forefront of dealing with digital disruption. In February of 2013, James published his book "Digital Disruption: Unleashing the Next Wave of Innovation."

Previously at Forrester, James served as a vice president and research director, running Consumer Technographics® North America, Forrester's unparalleled consumer research effort. Before that, he was a senior analyst and founding member of the online retail strategies practice at Forrester. In addition to keynoting at industry events and Forrester Forums, James is routinely sought after for comment by such publications as The New York Times and The Wall Street Journal. He also appears frequently on NPR and CNBC.

James comes to Forrester most recently after teaching marketing research and media management at Boston University's top-rated College of Communication. In addition, he has served as research director at WGBH in Boston and as a graduate fellow at Syracuse University.

James earned his Ph.D. in mass communication research at Syracuse University. He also holds an M.B.A. with an emphasis in marketing.