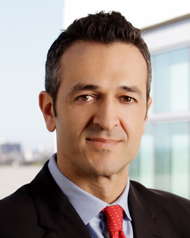 Since his appointment as General Manager of Fox Latin American Channel in 2000, Lopez has been credited with a turnaround and expansion plan that has helped turn FIC into a multi-billion dollar revenue business, frequently highlighted by financial analysts. During his tenure, including his promotion to COO of FIC in 2008 and CEO in 2011, the company has expanded into the premium, sports, and lifestyle segments, expanded production at the National Geographic Channels, and launched hundreds of channels, including Fox U.K., Fox Sports Brazil, and MundoFox, a Spanish Language broadcast network in the U.S.

Lopez has been a featured speaker at multiple events including The Cable Show, NATPE, Promax, Asia Pacific Operator Summit, the Festival of Media and numerous investor conferences. He is also an accomplished writer with published works in trade magazines such as Ad Age and Broadcasting and Cable.

In 2004, Lopez was awarded the prestigious Inte Award for Best President/GM of a Paid TV Channel in Latin America, and was named among the Cablefax 100 Cable Top Power Players in the U.S. in 2011 and 2012.