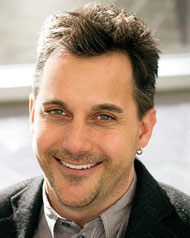 Todd Pendleton currently serves as the Chief Marketing Officer for Samsung Mobile USA. Since joining Samsung in June of 2011, Todd has reshaped the company’s brand image in the U.S. with the launch of “The Next Big Thing is Here” marketing campaign to align with the company’s position as the #1 manufacturer of mobile devices.

Under Todd’s leadership, Samsung Mobile USA has been one of the fastest growing social brands (Facebook/Twitter) in the world growing more than 26 million fans in 16 months.  Mashable called Samsung Mobile the “breakthrough brand of 2012.” The company was also named “Top Riser” on Interbrand’s Best Global Brands list and improved its ranking from #17 to #9 as a result of a 40 percent rise in brand value.

His creative vision for “The Next Big Thing” campaign has resulted in three of the top five “most viral tech videos of 2012,” according to the media research group Visible Measures, with the “The Next Big Thing is Already Here” ad for the Galaxy S III claiming the top spot.

Samsung Mobile’s marketing is cited by the Wall Street Journal as a big reason there is a shift in perception that Apple has “lost its cool to Samsung.”

In addition to defining the brand for the organization, Todd sets the marketing strategy for iconic products and Samsung Mobile’s channel presence. He has overseen the most successful product launches in the company’s history including the Galaxy S III, Galaxy Note II and Galaxy S 4.

With an extensive sneaker collection to prove it, Todd spent 15 years at Nike, Inc. prior to joining Samsung.  During his tenure, Todd advanced from advertising manager to become Nike’s first Basketball Brand Manager.  During his tenure he led the team that signed LeBron James and Kobe Bryant along with the creation of Nike’s first book: Sole Provider – 30 years of Nike Basketball.  He then went on to leadership positions at a country, regional and global level including the role of Global Brand Communications Director. Todd led some of the company’s most iconic marketing campaigns including Freestyle - Time Magazine’s 2001 Ad of the Year; the Grammy nominated: “I’m Better Than I’ve Ever Been” 25 Years of Air Force One celebration; “Write the Future” Global World Cup campaign; Livestrong: “Chalkbot” Tour de France initiative and Nike China’s “Just Do It” Olympic campaign.