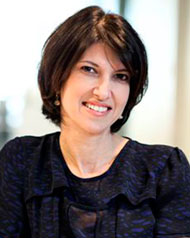 As Citi’s Director of Creative and Media for the NA Consumer Marketing division, Elyssa Gray is responsible for strengthening the Citi brand and building customers’ trust and loyalty. In this role, Elyssa manages Citi's advertising campaigns and media investment strategy for all of the U.S. Consumer Banking businesses — credit cards, retail bank, small business, commercial and mortgage, with a strong focus on driving brand metrics and organic growth. She has also been responsible for championing the brand’s digital transformation and leadership, creating industry best in class digital programs.

The work that Elyssa and her incredibly passionate team have led over the past two years has been lauded throughout the industry and has received numerous accolades, including several ADDY’s, Midas, New York Festivals, Mashies, Radio Mercury and FCS Portfolio awards. Citi has been recognized for its integrated campaigns, most notably for the launch and activation of Citi Bike in 2013.

Prior to joining Citi, Elyssa was the Head of Global Media and Creative for Visa Inc. where she was responsible for leading global media strategy and management of Visa’s media investment, as well as overseeing all of Visa’s creative production for the U.S. market. During her 13 years at Visa, she led the advertising efforts behind numerous product, Hispanic segment marketing, and all of Visa’s sports and entertainment sponsorships, including the Olympic Games and NFL.

She graduated from the University of Vermont and currently resides in NYC with her husband David and sons Ethan and Justin, who keep her very busy when she is not in the office, either on the soccer field or on the side of a mountain.