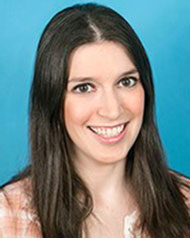 Christina Warren is a writer, speaker, podcaster and video host. Christina is Mashable's senior tech analyst, where writes about technology, mobile computing, development and design, with a focus on the intersection between new media and technology. She has been featured on CNN, NPR, Bloomberg, WSJ Radio, the BBC, Fox News and Marketplace Radio. As a speaker, Christina has presented at Yale University, the Handheld Librarian Conference, SXSW Interactive, NAB Show and other events and conferences across the country. Before joining Mashable in 2009, Christina was the deputy editor at Download Squad and The Unofficial Apple Weblog. She has also written for USA Today and for AOL's StyleList Blog. From 2009 - 2010, she was also an associate editor at AMC Entertainment's Script-to-Screen blog. You can hear her dulcet tones on an assortment of podcasts at 5by5.tv. Christina lives in Brooklyn with her husband and their computer collection.