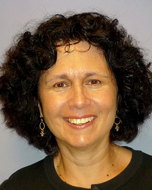 Jane Azia has been the chief of the Bureau of Consumer Frauds and Protection under Attorney General Eric Schneiderman since May 2011. From April 2007 through April 2011, Ms. Azia served as the director of consumer protection for the New York State Banking Department, where she was responsible for ensuring compliance with applicable consumer protection laws and that consumers have access to and receive financial products and services that are fair and not predatory. Prior to joining the New York State Banking Department, Jane worked for nearly 25 years as an assistant attorney general in the Office of the New York Attorney General in the Consumer and Internet bureaus. Ms. Azia has worked on a wide range of consumer issues, including predatory lending, credit and financial services, advertising, retail sales, health care, insurance, product safety, housing, telecommunications, telemarketing, food and drugs, privacy and online services. Jane is a graduate of NYU Law School.