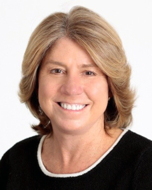 Kim Berger is the chief of the Internet and Technology Bureau for the New York attorney general.

Previously, Ms. Berger served in the U.S Department of Justice for more than thirteen years, including in the U.S. Attorney’s Office for the Southern District of New York, the Fraud Section of Main Justice, and the U.S. Attorney’s Office for the Northern District of California. Ms. Berger has also held in-house counsel positions at Microsoft and Tesla.