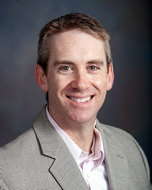 Alan Bethke is senior vice president of marketing at Subaru of America. He was instrumental in defining and stewarding Subaru’s highly successful “Love” campaign, including developing strategy and award-winning advertising creative. Since joining Subaru in 2003, Alan has also been director of marketing communications, manager of marketing operations and planning, and national advertising manager. During his tenure, Subaru has refined its identity and reached record levels of brand awareness.

His diverse life experiences include working in Japan and across eight states in America. He now lives with his family in southern New Jersey.