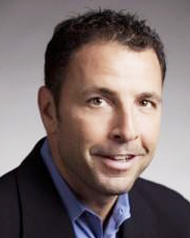 Andrew Budkofsky is the Executive Vice President of Sales and Partnerships for Break Media, the internet’s premier entertainment community for men. Since joining Break in 2007, Budkofsky has built a structured sales organization of 30 people, which has resulted in revenue more than doubling within a year. He brings more than 19 years of experience in media, including stints on both the agency and sales sides of the business.

Prior to joining Break, Budkofsky was the Senior Vice President of Sales for PodShow, a leading podcasting portal now renamed Mevio. At PodShow, Budkofsky managed a team that partnered with Fortune 500 companies like Johnson and Johnson and Microsoft among others. From 2002-2006 he was vice president of sales for Court TV, now truTV, where he helped manage the turnaround of the network. Budkofsky led a sales team of 15 people in the first effort of the industry into ROI CPM guarantees for clients, which revolutionized the television sales business. He also managed the sales of the network’s three websites which included courttv.com, courttvnews.com, and thesmokinggun.com. Before joining Court TV, Budkofsky worked at Microsoft, where he directed the Interactive TV sales division from 1997-2002. He launched the sales effort for WebTV and Ultimate TV. At Microsoft, he also sold the first ever ITV advertising campaign to Johnson and Johnson.

Budkofsky holds a B.A. in Mass Communications and Advertising from Boston University.