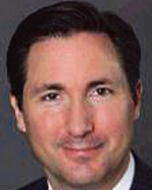 Before taking his current position, Mr. Byrd served as Associate General Counsel for AT&T Mobility in Atlanta, Georgia. Among other things, he was the chief legal advisor to AT&T’s wireless marketing and advertising operations. He held this position from July 2010 until December 2013.

For the six years prior to moving to Atlanta, Mr. Byrd was AT&T’s Vice President and General Counsel – Washington, where he was the chief legal advisor to AT&T’s Federal Relations group, responsible for legislative and other matters pending before Congress, the Department of Justice and other federal agencies, and state attorneys general. Previously, Mr. Byrd was the company’s General Attorney supporting network and broadband operations in San Antonio, Texas. His first position with the company was as Senior Attorney supporting regulatory and legislative affairs in Michigan.

Before joining AT&T (then SBC Communications) in 2000, Mr. Byrd was a partner at the Michigan law firm of Dickinson Wright PLLC, specializing in complex commercial litigation and class action defense matters.