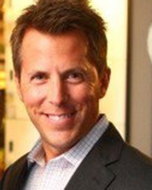 Brian Cavallucci is the national advertising manager with Subaru of America. At Subaru, Mr. Cavallucci provides strategic leadership to marketing and advertising functions, to create strong demand for the Subaru brand across all Subaru models. Subaru has achieved six consecutive years of breaking sales records, and has achieved record levels of demand and market share. During his tenure at Subaru, Subaru has been named one of America’s hottest brands by Newsweek, a “Star Performer” by Brandweek, and was named one of Ad Age’s 2014 Marketer A-List. Mr. Cavallucci has been instrumental in helping develop award winning advertising creative, including commercial work, digital media, and various media integrations. Prior to his role at Subaru, he was the regional account director for Subaru’s advertising agency, Carmichael Lynch. He currently resides in Cherry Hill, New Jersey.