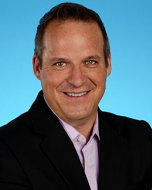 Charlie Chappell is currently head of media and communications planning at The Hershey Company, where he is leading Hershey’s transformation toward a data-driven, people-based approach to media. In this role, he oversees all paid media across Hershey’s iconic portfolio of brands such as Reese’s, Hershey’s, Kit Kat, Ice Breakers, Twizzlers and many more. Mr. Chappell brings a marketer’s perspective to his role in leading media after spending 12 years at Procter & Gamble, where he had the privilege to touch many iconic brands such as Pantene, Herbal Essences, Old Spice, Gillette, Secret, Safeguard and Camay. While his career has primarily been based in the U.S., Charlie has worked in over 25 different countries, with a particular emphasis on China, Russia, Egypt and Pakistan. While with P&G, he spent two-and-a-half years based in Geneva, Switzerland covering Central and Eastern Europe, the Middle East and Africa. Mr. Chappell is a graduate of Purdue University in chemical engineering and the Kellogg School of Management at Northwestern University. Charlie currently lives just outside of Hershey, Pennsylvania with his wife and four kids.