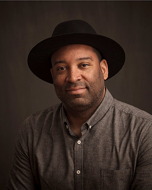 Daniel Cherry III is the CMO of Activision Blizzard Esports Leagues, overseeing marketing, public relations and social media for both the Overwatch League and Call of Duty World League. Mr. Cherry was named to Sports Business Journal’s prestigious “Forty Under 40” list in 2016, and he is part of a growing group of sports executives who have joined Activision Blizzard to blaze new trails in the rapidly expanding world of esports. He brings more than 20 years of marketing experience to this new role, most recently serving as chief marketing and innovation officer for the three-time Stanley Cup champion New Jersey Devils and Prudential Center arena, where he oversaw all marketing/sales strategy, branding and innovation, and was a part of the senior leadership team that supported business operations across multiple professional sports and esports teams. Prior to that role, Daniel served as the senior vice president of marketing and vice president of consumer planning and research at Diageo North America.