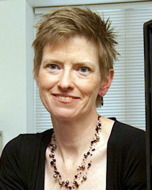 Kathleen Clark is a lawyer in Washington, D.C., where she advises governments, corporations and individuals on ethics and whistleblower law. She is also a law professor at Washington University, and has written academic articles about government lawyers who blow the whistle on perceived misconduct; Justice Department lawyers who aided in the torture of prisoners; and congressional oversight of intelligence. Ms. Clark serves on the boards of the Association of Professional Responsibility Lawyers and American Oversight, and previously was on the boards of the Government Accountability Project, a whistleblower protection organization, and Servicemembers Legal Defense Network. Kathleen has written about ethics and corruption in academic journals and the popular press, and her writings have been cited in hundreds of books and articles. Her legal analysis is regularly cited in the media, including The Wall Street Journal, New York Times, Washington Post, Economist, New Yorker, Time and Associated Press. Ms. Clark has also provided legal analysis on television and radio, including PBS, CBS, NBC, CNN, MSNBC and NPR. Kathleen graduated cum laude from Yale College with a Bachelor of Arts in physics and philosophy; studied Russian in the Soviet Union and Spanish in Guatemala; and earned a Juris Doctor from Yale Law School.