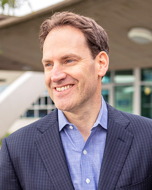 Prior to leading VMLY&R, Jon served as VML global CEO since 2011. He joined the agency in 1996, and during his tenure the agency grew from 30 employees in Kansas City, Missouri, to more than 3,000 VMLers across six continents.

Jon helped lead VML to Advertising Age A-List honors — which recognizes the industry’s top 10 most influential and effective agencies — each of the past three years (2016-2018). VML was named Entertainment Agency of the Year the past two years at the Cannes Lions International Festival of Creativity, and was recognized as a leader by Forrester and Gartner.

Jon graduated from the University of Missouri in 1993 with a Bachelor of Journalism. In May 2018, Jon delivered the commencement address at the Missouri School of Journalism graduation ceremony. He relishes spending time with his wife, Lisa, and their three daughters.