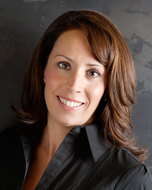 An 18-year veteran of Taco Bell, Juliet Corsinita oversees all national media strategy and negotiations across video, audio, digital/mobile/social, and print/OOH. She leads partnerships across sports, music, and gaming, including activation of league partnerships with the NBA, MLB, and College Football Playoffs on ESPN. The Advertising Women of New York recently named her an Advertising Working Mother of the Year. In 2015, she was also honored as a Top Woman in Media by Folio Magazine and a Most Powerful and Influential Woman by the California Diversity Council. She was also selected as a 2007 Advertising Age Media Maven. Prior to Taco Bell, Ms. Corsinita worked for Foote, Cone and Belding on Mazda Motors of America and Men’s Health Magazine.