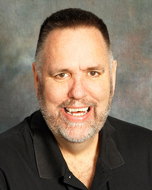 Mark X. Cronin is the co-founder, along with his son John, of John’s Crazy Socks. Mr. Cronin advocates for the rights of differently abled people, including testifying before Congress twice, speaking at the U.N., and making numerous trips to Capitol Hill.

Mr. Cronin served as the COO of multiple health care management and technology firms, founded a software company, organized political campaigns, and worked as a Congressional aide. He began his career as a schoolteacher and has taught in graduate schools as well.

Mr. Cronin has an undergraduate degree from Holy Cross and a Masters of Public Policy from the John F. Kennedy School of Government at Harvard University. He has been named an EY Entrepreneur of the Year, is a board member for the Long Island Chapter of the Entrepreneurs Organization, and is part of the U.S. State Department’s Speakers’ Bureau.