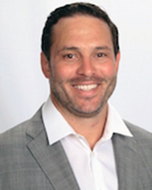 Jake Davidow heads digital marketing and strategic partnerships for the home lending business at Chase. Mr. Davidow has been at Chase since 2012, where he built the in-house search and programmatic teams before taking on all of paid media. Originally from South Africa, he lived in London for several years, where he worked with clients like Procter & Gamble, Novartis, Sony and Microsoft. Jake moved to the U.S. in 2009 and currently works out of New York City.