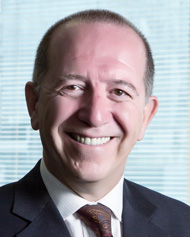 Luis José Diez-Canseco Núñez holds a Law Degree from the Pontificia Universidad Católica del Perú (PUCP). As a Fulbright Scholar, he obtained a Masters Degree in Comparative Law from the George Washington University (GWU). Later, as a Hubert H. Humphrey Fellow, was visiting Scholar at GWU. He worked as international officer at the Andean Community (CAN), the World Intellectual Property Organization (WIPO) and the United Nations Conference on Trade and Development (UNCTAD). He also was Head of the Competitiveness Program of the World Bank at the Office of the Prime Minister of Peru and actively participated in the negotiations of the Free Trade Agreements of Peru with USA, Canada and the European Union, among others. Until recently, he was Magistrate of the Competition Tribunal, where he also drafted the Peruvian unfair competition, advertising and antitrust laws. He has counseled almost all Latin American countries in the implementation of their advertising, competition and intellectual property regulations. He is Professor of Law at the PUCP where he teaches Copyright Law, Trademark Law, International Negotiations, Advertising Law, Antitrust and Unfair Competition Law. Has multiple publications on his fields of expertise and currently is Partner at the Law Firm of Muñiz, Ramírez Pérez-Taiman & Olaya, in Lima Peru.