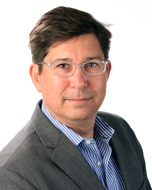 Patrick Dolan is the president and chief operating officer of the Interactive Advertising Bureau (IAB). Mr. Dolan has been involved with the digital advertising and media industry for the better part of two decades. He pioneered many digital advertising techniques while in senior roles at DoubleClick, now owned by Google. While director of business operations at DoubleClick, Patrick was on the team that developed interest-based advertising, re-targeting and other data-related digital advertising products. Prior to the IAB, he served as the executive director of The Locomotion Cable Channel, a joint venture between Hearst and Corus Entertainment. Mr. Dolan also served as the director of finance for George Soros’ network of philanthropic entities, the Open Society Institute, in Europe. Based in Budapest, Hungary, he managed a budget of over $500 million disbursed in more than 20 countries in Europe and the former Soviet Union. Patrick received his Bachelor of Arts in economics from the University of Virginia and his Master of Business Administration from Virginia Commonwealth University.