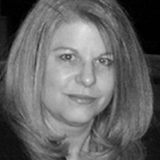 Senior Attorney Lesley Fair has served more than 30 years with the Federal Trade Commission’s Bureau of Consumer Protection. After two decades as a litigator with the Division of Advertising Practices, she now specializes in industry outreach with the FTC’s Division of Consumer & Business Education. She also serves as the agency’s business blogger at business.ftc.gov. In 2015, she received the FTC’s Robert Pitofsky Award for Lifetime Achievement.  From 2000 to 2015, Lesley was a Vice-Chair of the American Bar Association Section of Antitrust Law’s Consumer Protection Committee. She has contributed chapters to Food and Drug Law and Regulation (3d ed. 2015) and Social Media and the FDA (2010). On the faculty of the Catholic University School of Law since 1984, Lesley holds the title of Distinguished Lecturer. She also teaches Consumer Protection Law at The George Washington University Law School.  Lesley is a graduate of the University of Notre Dame and the University of Texas School of Law. She clerked for United States District Judge Fred Shannon in San Antonio and served as staff counsel to the United States Court of Appeals for the Fifth Circuit.