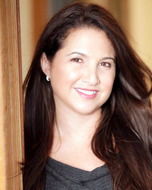 Jessica Finkelstein is an experienced attorney and an expert in digital advertising technology and privacy law. After spending five years on Wall Street, Ms. Finkelstein moved to a position at AOL, where she handled all matters relating to advertising law. After leaving AOL and traveling, Jessica returned to New York City to become general counsel of Admeld, an advertising technology platform that optimized advertising revenue for publishers. She led Admeld through its acquisition by Google in 2011, and then took a position at Google to lead the legal integration of the two companies. After leaving Google, Ms. Finkelstein set up her own private practice and worked for a few years as outside counsel to many companies on emerging issues in advertising technology. Since March 2014, Jessica has been the deputy general counsel of Pinterest, focusing on a variety of matters that impact a consumer-facing, ad-supported platform. Throughout her career, Ms. Finkelstein has also played an active role in the self-regulatory industry groups that dictate advertising best behaviors. She is licensed to practice law in New York and is a Certified Information Privacy Professional (CIPP). Jessica earned a Bachelor of Science degree from Cornell University and a Juris Doctor from Georgetown University Law Center.