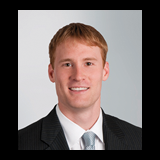 Robert Forbes is the Assistant General Counsel of the Washington Redskins.  Prior to joining the Redskins, he was an associate in the Litigation Department of Proskauer Rose LLP from 2007 - 2012.  At Proskauer, Robert was a member of the firm’s Sports Law, False Advertising & Trademark, and Privacy & Data Security practice groups.  Robert is the co-author of the Privacy and Commercial Communications chapter of Proskauer on Privacy, a leading privacy law treatise published by the Practicing Law Institute.  Robert received his J.D. from the University of Virginia, where he was Editor-in-Chief of the Virginia Sports & Entertainment Law Journal.