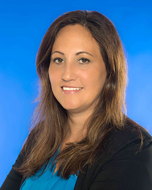 Jennifer Gardner is responsible for fostering strategic media partnerships and spearheading innovation in traditional and digital media campaigns for Unilever. She also has a passion for driving the industry forward in the key areas of digital accountability and measurement. Ms. Gardner has focused on continuing the momentum behind Unilever’s position as a leading innovator in the global marketing space, facilitating strategic media and technology partnerships with Twitter, Facebook, NBCUniversal, Viacom and Pinterest, as well as Hearst and Conde Nast. In addition to working directly with Unilever’s media partners, Jennifer has taken an active role in educating internally on new and leading areas such as viewability, verification and programmatic buying. She is also responsible for maintaining relationships with outside media agencies. Jennifer was named one of Ad Age’s 2015 “Women to Watch” and is the co-chair of the ANA Media Leadership Committee and the Ad Club’s i’mPART diversity committee. She also sits on the Interactive Advertising Bureau’s video advisory board. Before Unilever, Ms. Gardner worked at OMD, where she spearheaded PepsiCo’s national TV investment and several multiplatform partnerships, and had strategic involvement on key innovation programs. Prior to this role, Jennifer worked at media agencies Initiative and TN Media.