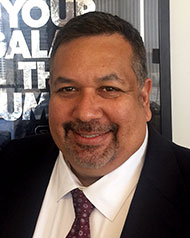 David Glanzer is the chief communications and strategy officer for Comic-Con International (Comic-Con), where he oversees all advertising, sponsorship, and third-party promotional associations as well as over 3,500 members of the domestic and international media.

Mr. Glanzer previously served as the communications director for a California State Assembly campaign and later as press secretary for the Assembly member. He has given testimony to the California Assembly Select Committee on San Diego Trade, Tourism and Job Creation and has been a featured speaker at the international conference of the Public Relations Society of America, among many other speaking opportunities.