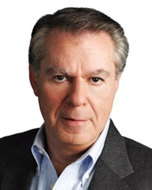 Irwin Gotlieb is the Global Chairman of GroupM, the world’s leading full-service media investment management company. GroupM is the parent organization to WPP media agencies including Maxus, MEC, MediaCom, and Mindshare. The focus of GroupM is the intelligent application of scale in innovation, services, and trading for the benefit of clients and GroupM companies. Mr. Gotlieb’s tenure at WPP began in September 1999 when he joined the company as chairman and CEO of Mindshare Worldwide. He launched Mindshare North America by consolidating the media resources of JWT and Ogilvy, thus creating a global entity. In April 2003 WPP established GroupM and Mr. Gotlieb moved into the role of CEO of GroupM Worldwide. Prior to WPP he was president and CEO of MediaVest Worldwide, a company he founded in December 1993 that included the former TeleVest and MediaVest units along with the unbundled media resources of D’Arcy Masius Benton & Bowles.