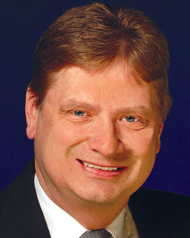 David Gunzerath is senior vice president and associate director of Media Rating Council. In addition to his work on MRC’s accreditation-related activities, he also is heavily involved in the development of new measurement standards for emerging media. Mr. Gunzerath joined MRC in July 2007 after eight years with the National Association of Broadcasters, where he led NAB’s Research Group and was responsible for directing all industry and policy research and polling conducted by and for the association. Prior to joining NAB, he held a series of research, management, and editorial positions with TV Guide, including a role as a regular national feature columnist on television-ratings-related news. Mr. Gunzerath holds a Ph.D. in media studies from the University of Iowa, an M.A. in communications from Temple University, and a B.S. in business administration from La Salle College.