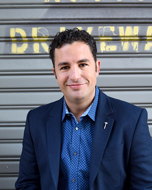 George Hammer is the chief content officer of IBM, where he and his team develop content programs and strategies that connect IBM with its audience.

Previously, Mr. Hammer was the SVP of content at Digitas, where he oversaw campaigns for clients that included Accenture, HP, GE, LEGO, and American Express. He also worked at Discovery Channel, where he led the brand's digital content efforts. Mr. Hammer spent the earlier portion of his career launching a media startup and working in agencies/consulting.

Mr. Hammer received his B.S. from the Kelley School of Business at Indiana University and his M.B.A. from the University of Chicago.