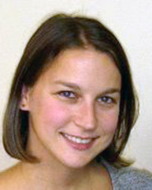 Rachel Herman is Founder and Executive Director of Pets Are Wonderful Support (PAWS NY), a nonprofit dedicated to providing services aimed at keeping vulnerable New Yorkers together with their animal companions.  Prior to transitioning to PAWS NY full-time, Ms. Herman worked at the ASPCA as a major gifts fundraiser. She also served as Secretary on the Board of Directors for Young Nonprofit Professionals Network. Ms. Herman was named a "Holiday Hero" by the New York Times in 2016, one of the "40 Under 40 Rising Stars in the Nonprofit World" by New York Nonprofit Media in 2015, and "New Yorker of the Week" by NY1 in 2014. Ms. Herman received her B.A in Political Science with a minor in Crime and Justice from the University of Michigan and her Master of Public Administration from NYU’s Wagner School, where she specialized in Public and Nonprofit Management and Policy.