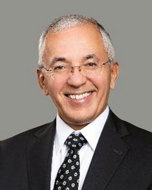 Judge Hernandez started his career as a community-based lawyer. After a short time in general practice, he was elected Court Commissioner and later appointed Judge of the Fremont Newark Union City Municipal Court, where he handled criminal cases until his elevation to the Alameda County Superior Court in 1996.

Judge Hernandez graduated from the University of California, Berkeley and Hastings College of the Law.