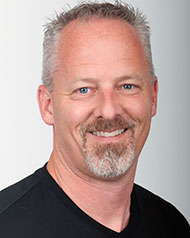 As the senior vice president of human intelligence for media agency Spark, Scott Hess leads the firm’s research and insights function and serves as the primary architect and catalyst for the next-generation media planning approach known as “experience planning.” A leading expert on American youth in general and the millennial generation in particular, Mr. Hess spent nearly a decade as the vice president of insights at pioneering youth research firm TRU. There he helped more than 100 of the world’s leading brands (Axe, Coca-Cola, ESPN, Pepsi, MTV, Nike, Nintendo, and Procter & Gamble). Mr. Hess developed his interest in the youth market at online-music pioneer Tunes.com, where he led the creation of online-music destination sites, including RollingStone.com, TheSource.com, and DownBeatJazz.com. After serving as vice president of content for most of his tenure, he devoted his final year to bolstering the bottom line, creating innovative integrated marketing programs for blue chip brands like Ford, Wendy's, and M&M Mars. Mr. Hess was recognized as an Agency Innovator by The Internationalist. Most recently, he was named a Media All-Star by Adweek.