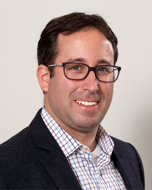 Hal Hodes is a Senior Staff Attorney at the Advertising Self-Regulatory Council’s National Advertising Division (NAD). He has been with NAD since 2012, where he resolves disputes regarding the truthfulness and accuracy of national advertising claims and publishes guidance on how advertisers can align their claims with the industry’s substantiation standards. He regularly speaks on the various topics that arise at NAD. Prior to joining NAD, Hal worked at a litigation firm representing hospitals and other health care practitioners and at the New York City Human Resources Administration representing social services programs. Hal is also on the steering committee of a prominent voting rights group, conducting research on voter protection laws, advocating for election reforms and serving as an election monitor. He earned his B.A. in Political Science from the University of Pennsylvania and his J.D. from the Benjamin N. Cardozo School of Law. Hal is admitted to the bars of New York and New Jersey.