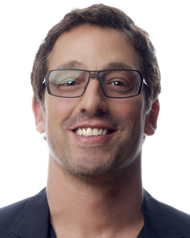 Hoffman graduated from Vassar College in Poughkeepsie, New York with a bachelor of arts in English/drama