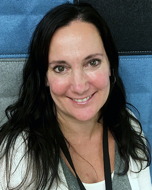 Lori Hutson has been with Planned Parenthood for 17 years. Formerly with the Arizona affiliate, she is currently at the national office in New York and manages the mid-level program in the role as the director of the President’s Circle. During her 10-year tenure with Planned Parenthood Arizona (PPAZ), Ms. Hutson operated the direct marketing program and managed the information management systems. She has also worked as an independent consultant helping leading Phoenix-area nonprofits improve their development systems. Currently, the Planned Parenthood mid-level national program has experienced significant increases in the number of donors and revenue. Lori is responsible for developing and implementing program strategies that will engage this sustaining base of supporters and build a strong pipeline for the major gifts program, a vital component to growing the Planned Parenthood Federation of America (PPFA) fundraising program.