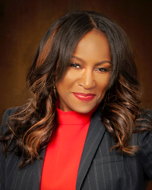 Darline Jean serves as Chief Digital Officer for ESSENCE Communications, the number one media, technology and commerce company focusing on the African-American audience globally. In her role as Chief Digital Officer, she leads digital transformation which includes the development of the brand’s new digital products and technological capabilities, including a proprietary ad tech platform and comprehensive data and insights strategy.  She also oversees a team of technologists and engineers responsible for digital revenue operations, audience development strategy, digital syndication/distribution, e-commerce and product development.

Before joining ESSENCE, Darline was the Chief Operating Officer at PulsePoint, a programmatic advertising technology platform. In this role, she was responsible for shaping strategy—including innovation, product development and expanding revenues and partnerships to drive growth and profitability, which she accomplished by tripling the company’s revenues in three years.

Prior to PulsePoint, Darline was President and Chief Executive Officer of The About Group; directing the business unit of The New York Times Company that included About.com, CalorieCount.com and ConsumerSearch.com. During her tenure as President and CEO, she significantly increased the company’s revenue and led the sale of About.com from The New York Times Company to IAC in 2013.  Previously, Darline held various C-level roles at About.com including Chief Financial Officer, where she focused on acquisitions and expansion into emerging markets including China.

Darline was awarded the 2009 NAFE’s Women of Excellence Rising Star Award, 25 Most Influential Black Women in the Class of 2012, and New York Business Journal's Women of Influence in 2014. She was also featured in Huffington Post’s Women in Business Q&A.

Darline earned an M.B.A. with a dual concentration in accounting and finance from Long Island University and a B.S. degree in Psychology and Business from The State University of New York at Stony Brook.