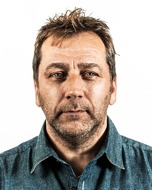 Carl Johnson has spent the better part of his entire career running his own agency. Since launching Anomaly with his partners in 2004, Mr. Johnson has been responsible for the guardianship and evolution of Anomaly's “new-model” proposition in a sometimes turbulent but always stimulating industry. Core to the model is a more entrepreneurial approach to agency compensation as referenced in a media quote by Carl at the time of Anomaly's launch, “We’re interested in being more commercial, not making more commercials.” With Anomaly surging in the U.S. and overseas, reinforcing the core principles, beliefs and values that underpin the seven offices, from Los Angeles to Shanghai, is a key focus. Prior to launching Anomaly, Mr. Johnson spent four years with TBWA as the worldwide COO and CEO of its New York office. While there, he drove both growth and change and, even more pertinently, looked ahead at the ideal model for “the network of the future.” As part of Carl’s interest in helping advance the entire industry, he also spent six years on the board of Effie Worldwide, with four years as chairman, championing the practice and practitioners of effective marketing.