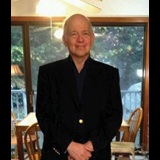 Edward M. Kabak is Senior Vice President, Law of the Association of National Advertisers (ANA). Kabak has practiced extensively in several areas including: marketing and advertising law, communications, First Amendment, corporate law, intellectual property, compliance, and litigation management. Additionally, he has practiced in the fields of international law, mergers and acquisitions, social media, IT, and privacy. Mr. Kabak runs numerous law programs for the ANA. He was profiled as a general counsel by Corporate Counsel Magazine while he was general counsel for Grolier, Inc. a subsidiary of the Lagardare Group.  Mr. Kabak has spoken extensively, including at FTC workshops and at the New York City Bar Association where for several years he has chaired a panel on Hot Topics on Marketing and Advertising Law. He is a member of the New York State and New York City bar associations,  is a graduate of Columbia College, and a cum laude graduate of Columbia Law School, where he was a Harlan Fiske Stone scholar. He has been quoted and published widely, including in the New York Law Journal, the op-ed page of the New York Times, and various legal publications. His interests include creative writing, traveling, and collecting rare books.