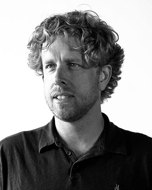 Andrew's philosophy on creativity in business has always focused on fundamentally connecting with people in unconventional ways that add meaning, utility and value to their lives. He believes Facebook is the platform to explore these themes deeper in partnership with like-minded agencies and brands.

Throughout his career, Andrew's work has been recognized by top international award shows including Cannes Lions where he's been awarded three Titanium Grand Prix Lions. He has served on several award juries including Cannes Lions, Andy's, CLIO, LIA, One Show, D&AD, AICP Awards, Communication Arts, among others.

Prior to Facebook, Andrew spent 18 years of his career with creative agency CP+B, starting as an Art Director and rising to Chief Executive Officer and Chief Creative Officer of the agency. Throughout his career, Andrew led numerous accounts including Burger King, MINI, Dominos and American Express. Under his leadership and tenure at CP+B, the agency was named Agency of the Year 13 times by Advertising Age and Adweek, as well as Agency of the Decade by Advertising Age. Two of his campaigns have been named to Advertising Age's Top 15 Ad Campaigns of the 21st century.

Andrew is new to New York City, having just moved to the city with his wife and two sets of twin boys.