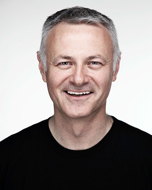 John Kenny oversees strategy development for all FCB Chicago clients, working with brands such as Anheuser-Busch, Clorox, Kimberly-Clark, Brown Foreman, Cox Communications, GE Appliances, and The J. M. Smucker Company. He heads up a strategy team of nearly 100, working across every marketing channel and discipline and pioneering the combination of data, psychology, and culture in the evolution of modern marketing strategy.

Mr. Kenny’s writing on the future of strategy has appeared in publications as diverse as Forbes, Campaign, Adweek, Admap, and Fast Company.

Before joining FCB, Mr. Kenny worked for Diageo Europe, on brands such as Smirnoff and Guinness. Prior to that, he worked for C&R Research, on brands including Kraft, Visa, and McDonald’s. A native of Ireland, Mr. Kenny earned a Ph.D. in social sciences from the University of Chicago.