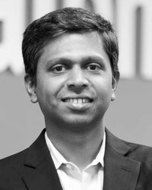 Raghu is the Chief Product Officer and Co-founder at Alphonso Inc. Alphonso is the largest TV data company. Alphonso, through its partnerships with various Smart TV OEMs and chipsets, STBs, mobile apps, OTT apps, gaming, and living room devices, understands what TV and OTT content people are consuming in real-time and leverages this data for targeting, insights and closed-loop attribution for TV spend.

Previously, Raghu was VP of Products at VideoSurf where he built one of the first TV Second Screen Applications for iOS and Android. VideoSurf was acquired by Microsoft Xbox where Raghu worked on content experiences for Xbox and launched immersive second screen products such as SmartGlass. Prior to that Raghu spent a decade at Yahoo and built big data content platform which powers most of Yahoo sites. Raghu also ran engineering for Yahoo’s marketplace properties with a combined user base of over 100M uniques and $300M in revenues. Raghu has an M.B.A. from Wharton and an M.S. in Computer Science from Syracuse University. He lives in the bay area with his wife and two boys.