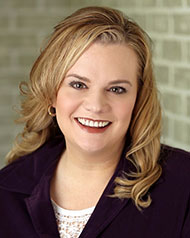 Sara Kosiorek is the director of creative operations at Mayo Clinic.

Ms. Kosiorek has more than two decades of experience with media and technology, having previously worked for agencies like MRM//McCann and Geometry Global in New York, and Periscope in Minneapolis. She also managed digital operations for clients like CNN, NBC, and Post-Newsweek, served as director of programming for NBC’s online coverage of the 2006 Olympic Winter Games, participated in a joint effort between The Knot and NBC's Today Show called “Today Ties the Knot,”and worked on projects for Nickelodeon, MTV’s Rock the Vote Campaign, and VH1’s Save the Music Foundation.