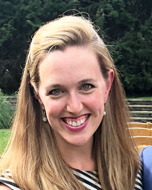 Laura Lane is the associate director of marketing and analytics for the President's Circle at Planned Parenthood Federation of America (PPFA). Prior to joining the PPFA team in 2015, Ms. Lane managed peer-to-peer and individual giving campaigns at the Leukemia & Lymphoma Society (LLS) and the 52nd Street Project in New York City, and she has held positions on numerous event committees and young professional boards in the New York City area. In 2013, Laura was part of a small volunteer group that launched “The RALLY Campaign” as part of the LLS Man & Woman of the Year competition. Leveraging events, marketing and corporate philanthropy, the campaign raised over $1 million for LLS from 2013 to 2016.