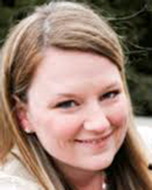 Carie is the Director, Digital Marketing & Communications at United Way Worldwide, the world's largest privately-funded nonprofit. She focuses on digital strategy tied to communications and fundraising. Prior to that, Carie spent 11 years as a senior digital strategist at The Humane Society of the United States, the nation’s most effective animal protection organization. In 2006, she launched the social media program and developed it into a $1MM per year fundraising channel. She spent 9 years growing the organization’s award-winning social media program. In her last 2 years at the organization as Senior Director, Digital Marketing, she served as department head and oversaw all aspects of digital marketing including social media, email marketing, mobile, web development and editorial, peer to peer fundraising, and online advertising/paid acquisition. Under Carie’s leadership, the HSUS social media team was recognized as “Best Social Media Strategy” by the Chronicle of Philanthropy, “Best Social Media Effort by a Big Brand” by Fast Company, “Best Use of Facebook Tools” by Mashable, and “Top 20 Nonprofits on Twitter” by The Huffington Post. She also took home the inaugural “Trailblazer Award” at the 2012 Nonprofit Technology Conference for her groundbreaking work in nonprofit social media.